SKU
OV0509
Between 18 - 36 Reward Points will be used to purchase this product
Add to Compare
Update Required To play the media you will need to either update your browser to a recent version or update your Flash plugin.

Fnugg is one of the most popular compositions for tuba solo of all time.

Fnugg Red is a variation on this song and was originally written for tuba, trombone and orchestra.

This is a version for trombone/euphonium, tuba and was premiered by Ben Pierce and Oystein Baadsvik at the Asia Tuba Euphonium Festival in 2017. 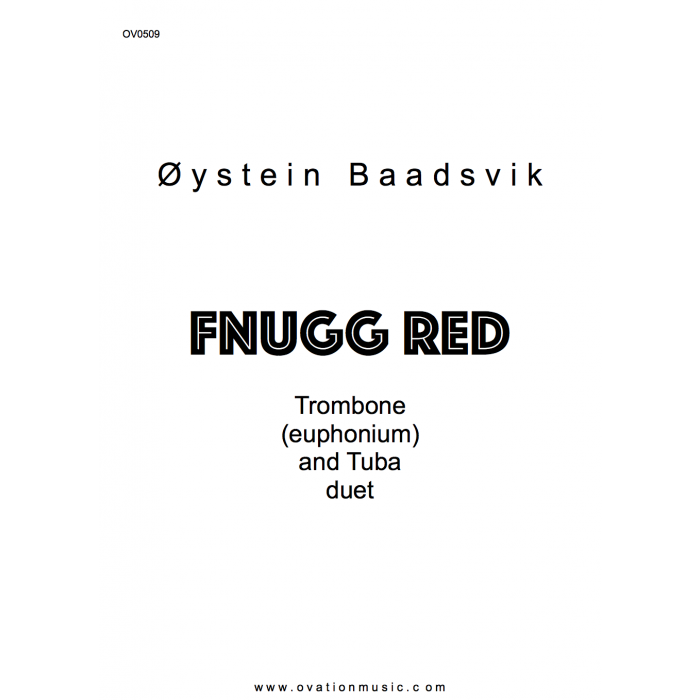